Lauren, once a single-digit handicap golfer, is a digital strategist with extensive social experience. She has worked with a range of media startups, established non-profits, professional sports leagues (including seven seasons with the PGA TOUR), teams, athletes, and major brands. An experienced industry and recreation event planner, Lauren also leads workshops and speaks nationwide for associations, conferences and corporate groups. Lauren is a mom of three #TinyTeagues and the emoji queen. If you need recommendations for the best emoji to use, she knows it.

One of the original social networks, we’ve found that Twitter is often the most misunderstood.

Recent studies from Edison Research paint a fascinating picture of Twitter and its role in America’s social media ecosystem. We’re used to getting schooled by the annual Infinite Dial report (see our recap post: 2021 Social Media Usage Statistics), and Edison took that to a new level with a special look at Twitter Before and After Trump to identify just how influential Twitter has been on the collective American psyche.

Here are shocking statistics about post-Trump Twitter that I didn’t anticipate.

While the politically liberal users increased 24%, there was also an increase among politically conservative social media users, from 18% to 21% post-ban.

Americans on both sides of the political spectrum are skeptical of social media sites and the false information that can spread on the platforms. Twitter over indexes as untrustworthy by political conservatives, though 42% of politically liberal social media users do not trust the news and information seen on Twitter.

Liberals and conservatives agree: there is too much disinformation being shared on social.

Even though Twitter is known by 88% of Americans, just 23% of us ages 12 and older use Twitter. Thus, about one in four Americans who know about Twitter actually use Twitter. Compare that ratio to Facebook, where 93% have heard of it, and 61% have a profile (a conversion rate approaching 66%). Even so, Twitter usage is up from 19% of Americans just two years ago. Twitter usage in 2021 matches TikTok usage in 2021, and boasts more American social media users than LinkedIn, WhatsApp, and Parler.

Young Americans, ages 12 to 34 years old, are the most prevalent of Twitter users. Over a third of American social media users are on Twitter, up from 29% in the last two years. Compare that to only 10% of senior Americans over 55 years old, who spend the majority of their social media time on Facebook.

Moms made a big shift to Twitter in 2021. In fact, Edison’s Moms and Media Report identified a 50% increase from 2020 among Moms who identified as ever using Twitter.

For social platforms, Twitter barely edges out TikTok among Moms, though Facebook, Pinterest and Instagram capture Mom’s attention the most on social media. Now that moms spend over 4 hours per day using the Internet, there’s time enough to go around!

What’s most surprising to you about Twitter in America?

Content Marketing Lessons from The Karate Kid and Cobra Kai

In this 16-page guide, “Make Your 2021 Content Binge-worthy: Lessons from The Karate Kid and Cobra Kai”, you will learn the type of content our brains are wired to engage with, understand three components of effective content marketing stories, see case study examples of binge-worthy content from Boston University, the Getty Museum and more. Fill out this quick form to get your copy immediately via email. 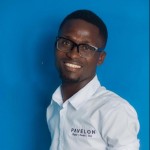 Start a Successful Dropshipping Business – From Zero to $95,000 in 5 Steps